Norman Kurland elected to SDRI Board of Trustees 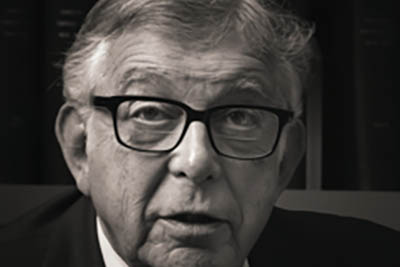 Sansum Diabetes Research Institute (SDRI) announces the election of renowned film and television agent Norman Kurland to its board of trustees.
​
Mr. Kurland’s successful career in the arts and entertainment industry spanned nearly 50 years. His literary agency, The Norman Kurland Agency, sold the screenplays The Big Chill, The Bodyguard and Romancing the Stone. The Agency expanded to The Broder Kurland Agency, then to The Broder, Kurland, Webb, Uffner Agency, where Kurland was President. It represented some of America’s most popular TV shows; Cheers, Will & Grace, Frasier, Magnum P.I., NCIS, and The X-Files.

Mr. Kurland retired from the agency to become Senior Advisor to the President of the J. Paul Getty Trust in London (2001-2006). He was a Trustee of the National Museums Liverpool (2007-2014). He currently serves on the board of trustees at the Santa Barbara Museum of Art.

Mr. Kurland is a graduate of Princeton University (AB) and Harvard Business School (MBA). As an astute collector of Chinese Six Dynasties art, he enrolled in 2007 in the School of Oriental and African Studies at the University of London, earning degrees in Chinese Art and Archaeology (MA) and Islamic Art (MA), and in Buddhist Art and its Conservation (MA) from the Courtauld Institute of Art.

Mr. Kurland, a resident of Santa Barbara, is looking forward to becoming an active member of Sansum Diabetes Research Institute, a global leader in diabetes research.