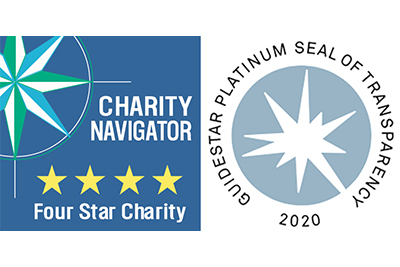 Sansum Diabetes Research Institute (SDRI) is pleased to announce that their strong financial health and commitment to accountability and transparency has earned it a 4-star rating from Charity Navigator, America’s largest independent charity evaluator. In addition, SDRI earned the highest level of recognition, the Platinum Seal of Transparency, from GuideStar, a service of Candid. This is the second consecutive time that SDRI has earned this top distinction from both charity evaluators.

“Sansum Diabetes Research Institute’s exceptional 4-star rating sets it apart from its peers and demonstrates its trustworthiness to the public,” according to Michael Thatcher, President & CEO of Charity Navigator. “Only a quarter of charities rated by Charity Navigator receive the distinction of our 4-star rating. This adds SDRI to a preeminent group of charities working to overcome our world’s most pressing challenges. Based on its 4-star rating, people can trust that their donations are going to a financially responsible and ethical charity when they decide to support SDRI.”

In accordance with SDRI’s long-held belief in being transparent about their work, SDRI is excited to convey the organization’s results in a user-friendly and highly visual manner. By updating their nonprofit profiles on both GuideStar and Charity Navigator, SDRI can easily continue to share a wealth of up-to-date organizational metrics with their supporters as well as GuideStar and Charity Navigator’s immense online audience, which includes donors, grantmakers, our peers, and the media.

In 2011, Charity Navigator added 17 metrics, focused on governance and ethical practices as well as measures of openness, to its ratings methodology. These Accountability and Transparency metrics, which account for 50 percent of a charity’s overall rating, reveal which charities operate in accordance with industry best practices and whether they are open with their donors and stakeholders. These enhancements further substantiates the financial health of SDRI’s four star rating. By sharing metrics that highlight progress SDRI is making toward its mission, the organization is helping donors move beyond simplistic ways of nonprofit evaluation such as overhead ratios.

“It’s important our donors trust that we are using their donations wisely to accomplish our mission of improving the lives of people impacted by diabetes through research, education, and care,” said Ellen Goodstein, SDRI’s Executive Director. “Our 4-star Charity Navigator rating and platinum seal of transparency from GuideStar, demonstrates to our supporters our good governance and financial accountability and help us better communicate our organization’s exciting initiatives at a global scale.”

SDRI’s rating and other information about charitable giving are available at Charity Navigator and GuideStar.