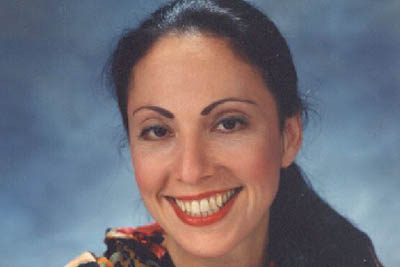 The Godmother of modern-day diabetes care pioneered the protocols used worldwide for diabetes and pregnancy.

Sansum Diabetes Research Institute (SDRI) announced today, with great sadness, the passing of Dr. Lois Jovanovic, renowned around the world for her extraordinary contributions to medical science, specifically for pioneering the protocols that make it possible for women with diabetes to deliver healthy babies.

Dr. Jovanovic, who passed away on September 18, performed her groundbreaking work at SDRI for 27 years, from 1986-2013, laying the foundation for current standards for care in diabetes and pregnancy. Dr. Jovanovic was SDRI’s former Chief Executive Officer and Chief Scientific Officer from 1996-2013.

“Dr. Jovanovic’s courageous and relentless fight to teach the world how to care for women with diabetes led to a global improvement in outcomes for both moms with diabetes and their babies,” said Dr. Kristin Castorino, SDRI’s Principal Investigator. “A star has fallen, but Dr. Jovanovic leaves behind a tremendous legacy, and her contribution to diabetes care will have an everlasting impact.”

“Dr. Jovanovic’s iconic patient-centered approach to diabetes care has empowered thousands of people with diabetes, as well as inspired many Little Lois’ throughout the world to become exceptional physicians,” added Dr. Castorino. “Dr. Jovanovic is a mentor for women in medicine; her brazen tenacity opened doors that were previously closed to women. She showed by example how to “Lean In” well before it was popular to do so.”

Under Dr. Jovanovic’s leadership, SDRI became a center of excellence for diabetes and pregnancy and artificial pancreas technology. Through community outreach, patient education, teaching, and working one-on-one with thousands of pregnant women, she has changed the world of diabetes and pregnancy. Dr. Jovanovic was responsible for establishing global guidelines of care adopted by the International Diabetes Federation and traveled extensively throughout the world teaching her protocols to physicians, nurses, dietitians, and educators.

Dr. Jovanovic began her academic career with a bachelor’s degree in biology from Columbia University, followed by a master’s degree in Hebrew Literature from The Jewish Theological Seminary in New York. She earned her medical degree from The Albert Einstein College of Medicine, completing her residency and fellowship in Internal Medicine, Endocrinology and Metabolism at the New York Hospital-Cornell University Medical College.

Dr. Jovanovic’s groundbreaking work in diabetes and pregnancy began with her premise that a woman with diabetes’ chances of having a healthy baby could be on a par with a healthy, non-diabetic woman, if she could achieve normoglycemia. In her beginning year of fellowship at Cornell, New York Hospital, her first research study showed that strict monitoring and absolute normalization of blood glucose could yield healthy babies. A year later, she published a larger trial of 52 diabetic women that showed conclusively that diabetic women, even those with severe disease, could have healthy babies (Am J Med 1981; 71: 921–27).

Dr. Jovanovic proceeded to develop a program to monitor a woman’s blood glucose around the clock and provide treatment strategies to achieve and maintain normal blood glucose concentrations throughout pregnancy. These protocols for intensive insulin delivery set the standard for strict glucose control in pregnancy.

Dr. Jovanovic published more than 500 articles in the fields of diabetes, metabolism, nutrition, obstetrics and gynecology, perinatology and engineering of a glucose-controlled insulin delivery device. Her numerous honors, awards and appointments include the prestigious American Diabetes Association (ADA) ‘Outstanding Physician Award’ and the ADA ‘Norbert Freinkel Award’ for scholarship in the field of diabetes and pregnancy, the ‘Clintec Award for Excellence’ from The American College of Nutrition, the March of Dimes ‘Agnes Higgins Award’ and SDRI’s ‘William D. Sansum Award’ for excellence in science. She was an internationally acclaimed speaker and presented her research throughout the world.

SDRI is keeping Dr. Jovanovic’s legacy alive by expanding diabetes and pregnancy programs at the Institute.

To continue her legacy, SDRI is collecting stories about Dr. Jovanovic. Anyone who would like to share their memories of Dr. Jovanovic may contact Katie Haq at khaq@sansum.org or (805) 682-7640 ext. 235.